Shadow Puppetry has triumphed once again!  We spent a day with year fives of Priory Lane Community School, this week. The year are studying Australia as their classroom topic and approached Education at 20-21 Visual Arts Centre, to help them embed their topic in a fun and engaging way for the end of term.

We began the sessions with discussions about Australia; the types of animals we find there, the sort of sport and recreation people get up to in that continent and places people might visit if they go on holiday.

Luckily, almost all of the answers featured in the story that had been written by 20-21's Education Officer.

Pupils began making their puppets. Wallaby and koala templates had been made, but children were also given the opportunity to create their own animals and story sections, too. 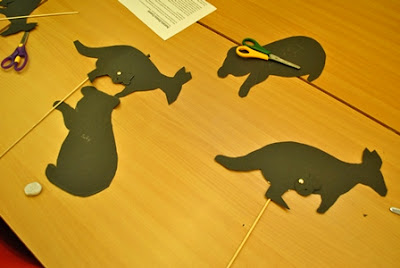 When all the puppets were made and ready. Demonstrations were given as to how we create scenery and different effects, using a light source and a variety of objects.

The Education Officer acted as casting director and we all had a few practice runs of telling the story, while the pupils acted out their parts.

Then the performance was ready to begin: 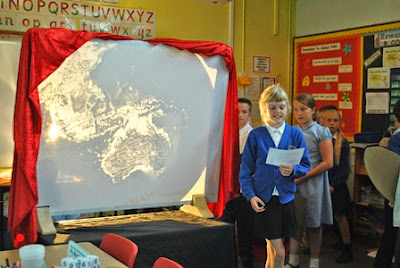 One oft he year five classes has learned the words to the song "Land Down Under" and even had dance movements for each of the lines. This was a really special treat for the staff at 20-21, so we decided to add this mini performance onto the end of our shadow play. 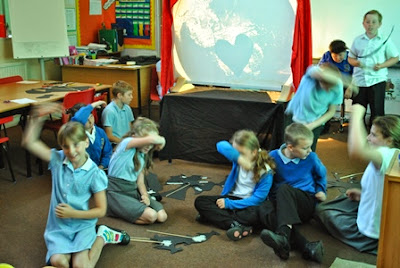 It was an honour to have seen the children acting this song out again! 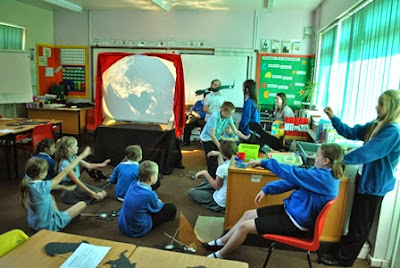 Shadow Puppets remains our most popular workshop, because we are able to embed class topic, science, literacy, drama and a lot of fun! Here's some of the feedback from children:

"I enjoyed the shadow puppets and acting out the play and there was nothig that could be better!!" - Brooke, 10
"I thought it was amazing and I loved it." - Anna, 10
"It was good team work. I liked everything." - Jessica, 10
"Everything was amazing and fun. I really want to do it again!" - Callum, 10
"I abserlutely loved it, the scenes was really good and all the sound effects was really good. Everyone got a part and it was just great fun. I would definately reccomend it. It was totally worth it!" - Amy, 10
"I don't think I can say anything bad about it. Haley and Anya do a very good thing to make children happy and laugh. Thanks for coming" - Katy, 10

Issue Nine of our Education at 20-21 Newsletter helps you uncover what we've been up to, exciting news, information on our brand new 20-21 Teachers’ Group and some top notch workshop and exhibition opportunities for you in the new school year!

This has been a really exciting and busy year for us here at Education at 20-21, we've delivered lots of bespoke workshops, run some projects with entire schools, gained a Quality Award from Learning Outside the Classroom Council and developed some fabulous teacher training opportunities. We hope you'll stay in touch for all the excitement planned for the next school year!

We love to hear from schools who are using the arts innovatively in the classroom and across the curriculum. Get in touch and send any photos you'd like us to put into our next newsletter, or onto our blog which features details and pictures of all the schools who engage with Education at 20-21.

For further information on anything that is of interest to you or your school, please don’t hesitate to contact us on 01724 297070 or email education.2021@northlincs.gov.uk